Present-day philosophers usually envision their discipline as an endeavor (activity directed toward a goal: ENTERPRISE “fields of endeavor”) that has been, since antiquity, distinct from and superior to any particular intellectual discipline, such as theol**y or science. Such philosophical concerns as the mind-body problem or, more generally, the nature of human knowledge, they believe, are basic human questions whose tentative philosophical solutions have served as the necessary foundations on which all other intellectual speculation (intellectual speculation: 知识的思索) has rested.

The basis for this view, however, lies in a serious misinterpretation of the past, a projection of modern concerns onto past events. The idea of an autonomous discipline called “philosophy,” distinct from and sitting in judgment on such pursuits as theol**y and science turns out, on close examination, to be of quite recent origin. When, in the seventeenth century, Descartes and Hobbes rejected medieval philosophy, they did not think of themselves, as modern philosophers do, as proposing a new and better philosophy, but rather as furthering “the warfare between science and theol**y.” They were fighting, albeit discreetly, to open the intellectual world to the new science and to liberate intellectual life from ecclesiastical philosophy and envisioned their work as contributing to the growth, not of philosophy, but of research in mathematics and physics. This link between philosophical interests and scientific practice persisted until the nineteenth century, when decline in ecclesiastical power over scholarship and changes in the nature of science provoked the final separation of philosophy from both.

The demarcation of philosophy from science was facilitated by the development in the early nineteenth century of a new notion, that philosophy’s core interest should be epistemol**y, the general explanation of what it means to know something. Modern philosophers now trace that notion back at least to Descartes and Spinoza, but it was not explicitly articulated until the late eighteenth century, by Kant, and did not become built into the structure of academic institutions and the standard self-descriptions of philosophy professors until the late nineteenth century. Without the idea of epistemol**y, the survival of philosophy in an age of modern science is hard to imagine. Metaphysics, philosophy’s traditional core—considered as the most general description of how the heavens and the earth are put t**ether—had been rendered almost completely meaningless by the spectacular pr**ress of physics. Kant, however, by focusing philosophy on the problem of knowledge, managed to replace metaphysics with epistemol**y, and thus to transform the notion of philosophy as “queen of sciences” into the new notion of philosophy as a separate, foundational discipline. Philosophy became “primary” no longer in the sense of “highest” but in the sense of “underlying”. After Kant, philosophers were able to reinterpret seventeenth-and eighteenth-century thinkers as attempting to discover “How is our knowledge possible?” and to project this question back even on the ancients.

17. Which of the following best expresses the author’s main point?

(A) Philosophy’s overriding interest in basic human questions is a legacy primarily of the work of Kant.

(B) Philosophy was deeply involved in the seventeenth-century warfare between science and religion.

(C) The set of problems of primary importance to philosophers has remained relatively constant since antiquity.

(D) The status of philosophy as an independent intellectual pursuit is a relatively recent development.

(E) The role of philosophy in guiding intellectual speculation has gradually been usurped by science.

18. According to the passage, present-day philosophers believe that the mind-body problem is an issue that

(A) has implications primarily for philosophers

(B) may be affected by recent advances in science

(E) has served as a basis for intellectual speculation since antiquity

19. According to the author, philosophy became distinct from science and theol**y during the

20. The author suggests that Descartes’ support for the new science of the seventeenth century can be characterized as

(A) pragmatic and hypocritical

(B) cautious and inconsistent

21. The author of the passage implies which of the following in discussing the development of philosophy during the nineteenth century?

(A) Nineteenth-century philosophy took science as its model for understanding the bases of knowledge.

(B) The role of academic institutions in shaping metaphysical philosophy grew enormously during the nineteenth century.

(C) Nineteenth-century philosophers carried out a pr**ram of investigation explicitly laid out by Descartes and Spinoza.

(D) Kant had an overwhelming impact on the direction of nineteenth-century philosophy.

(E) Nineteenth-century philosophy made major advances in understanding the nature of knowledge.

22. With which of the following statements concerning the writing of history would the author of the passage be most likely to agree?

(B) History should not be distorted by attributing present-day consciousness to historical figures.

(C) History should not be focused primarily on those past events most relevant to the present.

(D) History should be concerned with describing those aspects of the past that differ most from those of the present.

(E) History should be examined for the lessons it can provide in understanding current problems.

23. The primary function of the passage as a whole is to

(B) analyze a difficult theory

(D) correct an erroneous belief by describing its origins

Biol**ists have long maintained that two groups of pinnipeds (pinniped: adj.鳍足类的), sea lions and walruses, are descended from a terrestrial bearlike animal, whereas the remaining group, seals, shares an ancestor with weasels. But the recent discovery of detailed similarities in the skeletal structure of the flippers in all three groups undermines the attempt to explain away (1: to get rid of by or as if by explanation; 2: to minimize the significance of by or as if by explanation) superficial resemblance as due to convergent evolution (convergent evolution: 趋同进化)—the independent development of similarities between unrelated groups in response to similar environmental pressures. Flippers may indeed be a necessary response to aquatic life; turtles, whales, and dugongs (an aquatic herbivorous mammal of a monotypic genus (Dugong) that has a bilobed tail and in the male upper incisors altered into short tusks, is related to the manatee, and inhabits warm coastal regions) also have them. But the common detailed design found among the pinnipeds probably indicates a common ancestor. Moreover, walruses and seals drive themselves through the water with thrusts of their hind flippers, but sea lions use their front flippers. If anatomical similarity in the flippers resulted from similar environmental pressures, as posited by the convergent evolution theory, one would expect walruses and seals, but not seals and sea lions, to have similar flippers.

24. According to the passage, it has been recently discovered that

(A) there are detailed skeletal similarities in the flippers of pinnipeds

(B) sea lions, seals, and walruses are all pinnipeds

(C) pinnipeds are descended from animals that once lived on land

25. The author implies that which of the following was part of the long-standing view concerning pinnipeds?

(A) Pinnipeds are all descended from a terrestrial bearlike animal.

(B) Pinnipeds share a common ancestor with turtles, whales, and dugongs.

(C) Similarities among pinnipeds are due to their all having had to adapt to aquatic life.

(D) There are detailed similarities in the skeletal structure of the flippers in all pinnipeds.

(E) Convergent evolution cannot account for the similarities among pinnipeds.

26. The author implies which of the following about the fact that turtles, whales, and dugongs all have flippers?

(A) It can be explained by the hypothesis that turtles, whales, and dugongs are very closely related.

(B) It can be explained by the idea of convergent evolution.

(C) It suggests that turtles, whales, and dugongs evolved in separate parts of the world.

(D) It undermines the view that turtles, whales, and dugongs are all descended from terrestrial ancestors.

(E) It is the primary difference between turtles, whales, and dugongs, on the one hand, and pinnipeds, on the other.

27. In presenting the argument in the passage, the author does which of the following?

(A) Contends that key terms in an opposing view have been improperly used.

(B) Contends that opponents have purposely obscured important evidence.

(C) Shows that two theories thought to be in conflict are actually complementary.

(D) Shows that advocates of a theory have not always stated their view in the same manner.

(E) Shows that an implication of a theory is contradicted by the facts. 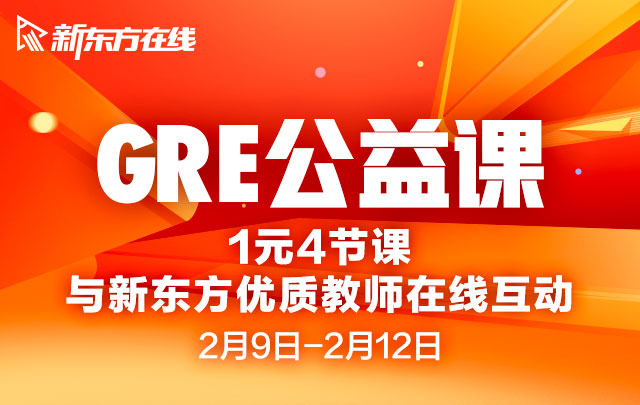